We ARE The Last Generation - how much time is left?​
Link Removed​


"keep in mind that this ID2020 was created in 2018, knowing full well what was coming: Covid-19 Pandemic – Ground Zero Wuhan, China. I believe that this Virus was weaponized bio-terror (manmade) and was unleashed on the world at the appointed time."
​
https://www.raptureready.com/2020/04/02/covid-19-id2020-the-coming-of-antichrist-by-geri-ungurean/

We ARE The Last Generation - how much time is left? ​
Link Removed​

For those left behind there is a document called Agenda 2030. If the world should survive until then it will be hell on earth.


WALSH: We Have Become A Police State, And None Of Us Should Be Okay With That

We ARE The Last Generation - how much time is left? ​
Link Removed​

Brilliant Dr. Shiva, Inventor of Email, Outlines Connections Between Bill Gates, Dr. Fauci, the WHO and the CDC - Relevant to Coronavirus Pandemic

As we approach the coming end of the Age of Grace, and the Tribulation draws closer to beginning (2021), the matter of God focusing on His church will abruptly stop and His Bride will be removed, then and only then hell on earth will begin... according to Scripture...FIG TREE PROPHECY (link below). That will leave the final seven years promised to Israel to be carried out. Understand one thing, God has never focused on Israel and the Church at the same time. When His work is complete and that last soul is safely aboard the ark of salvation, known as Jesus Christ, that ark will leave port of this earth, and we will forever be with the Lord Jesus....Then and only then, will God turn His focus back to Israel.

Further understand, that the coming Tribulation is designed for 2 things, and 2 things only and that is God will refine Israel as silver is refined in the furnace until purified, and to destroy completely, all rebellion against His Holy Name and His Son, Jesus Christ. Tribulation is coming, and the times are dark, but the coming time is a time beyond any of our imaginations when God said that with His full wrath unleashed, that if it were not stopped, NO MAN would survive, but for the elect (ISRAEL), it will be stopped short of total annihilation. The Church is NOT part of this wrath. "But as it is written, Eye hath not seen, nor ear heard, neither have entered into the heart of man, the things which God hath prepared for them that love him" (1st Corinthians 2:9) DON'T BE IN THAT NUMBER, the ones destroyed for eternity and thrown into a Lake of Fire burning with brimstone and sulfur!

Finally, in the incessant drive to maintain and even increase abortions for any reason, or no reason, we can see the handiwork of Satan who seeks in all things to "only steal, kill, and destroy" everything which shows the hand of God in creation and was declared "good" when He finished it. The future of mankind has two facets. In Romans 8:28 it says, "All things work together for good to those who love God and who are the called according to His purpose." For those "who love God," it will be great, but for those who do not love God, it will be total doom and disaster.The Tribulation hour is near, as the salvation clock is seconds before Midnight and the end of the age, the Age of Grace will end (2021). Wrath is coming!!!


We ARE The Last Generation - how much time is left?​
Link Removed​

"Never before in my lifetime, my parent’s lifetime, and even my grandparent’s lifetime have we seen what’s unfolding in the world right now".​
Is the Coronavirus Pandemic the Trojan Horse of the New World Order? | Harbingers Daily​

Welcome To The Plannedemic, What The New World Order Calls The ‘New Normal’ And They Tell Us It Will Not Change Until A Global Vaccine Is Given

https://www.nowtheendbegins.com/pla...w-world-order-global-vaccinations-bill-gates/​
:dance3: We ARE The Last Generation - how much time is left? :dance3:​
Link Removed​

The Con Called The “New Normal” A Return To “Abnormal” 2.0
​
“This is the end game. This is the goal. This is the New World Order with its One World Government. Call it Worldwide Communism, Technocracy, Global Feudalism, or what you will, it is slavery and misery—for all but the psychopathic elites who engineered it."

Is That a Wrap? | ToddHampson.com

(Thank God) We ARE The Last Generation
Link Removed​

Thank God there won't be another generation. Just 7 more months...Link Removedare you ready?


"The cries for the Luciferin New World Order grow louder by moment. Contract tracers, mandatory vaccines, and economic chaos point to the great changes ahead for world as the global government emerges before our eyes".
​
https://www.jonathanbrentner.com/ht...15/covid-19-transition-to-the-new-world-order​

The Three Blows to the New World Order​
"So much for "the end of history."

The Great Reset or the New World Order is very real​

The Great Reset or the New World Order is very real. It is being implemented now, without a vote, without consideration for the billions of people it will impact. It is anti-God, anti-Christ. It is man becoming God, creating heaven on earth, but only for the elite collaborators. It is not the Cardinals or our military generals that will save the Church and our country, but the priests, the colonels, the lower ranks, and the people that will accomplish the restoration. To think otherwise would be like expecting a judge to give us justice when that same judge is an accomplice to the crime committed against us. It is those we look up to for order and normality that have betrayed us. They have perverted the law and justice. The Archbishop says we are not to allow ourselves to be tyrannized. Chaos will ensue if we submit ourselves to illegitimate servile commands as well as disobedience to legitimate ones.
These elites, these people in power, “are without limits, without constraint guaranteed to them by financial, political, and media means, and since they do not allow citizens to elect their own representatives unless they are certain they can manipulate the vote.” For brief power in this world is what they will get, while Hell waits for them.
The Church, as well as America and much of the planet is now at a great impasse with itself, the old order and the new, the traditional, liberty and freedom, looked upon as a threat to the New World Order, and the new that seeks to limit our numbers and enslave the rest to serve these demi-gods who would be kings with the promise that we will all be happy as if, like children, happiness was our only goal in this life.

People often say that conservatives think leftists are misguided, while leftists thing conservatives are evil. This story indicates that some people on the left are genuinely evil. A left wing group recently sent a letter to the FCC which advocated the murder of Republicans. How is this allowed...

Considering the activities of the Left, does anyone find this surprising? For those considering taking such actions, don't be surprised if Republicans shoot back and, with much better accuracy.

Oldgrunt said:
Considering the activities of the Left, does anyone find this surprising? For those considering taking such actions, don't be surprised if Republicans shoot back and, with much better accuracy.
Click to expand...

"The biggest difference between us and those folks down under? We still have guns and ammo". What is happening in Australia is truly shocking. The leftist rulers in Melbourne and Sydney are behaving as a 21st Century gestapo. They are attacking unarmed protestors and trying desperately to quash a free press. The Communist Chinese are taking notes and will use these tactics against any...

The Set Up for the Reset​ 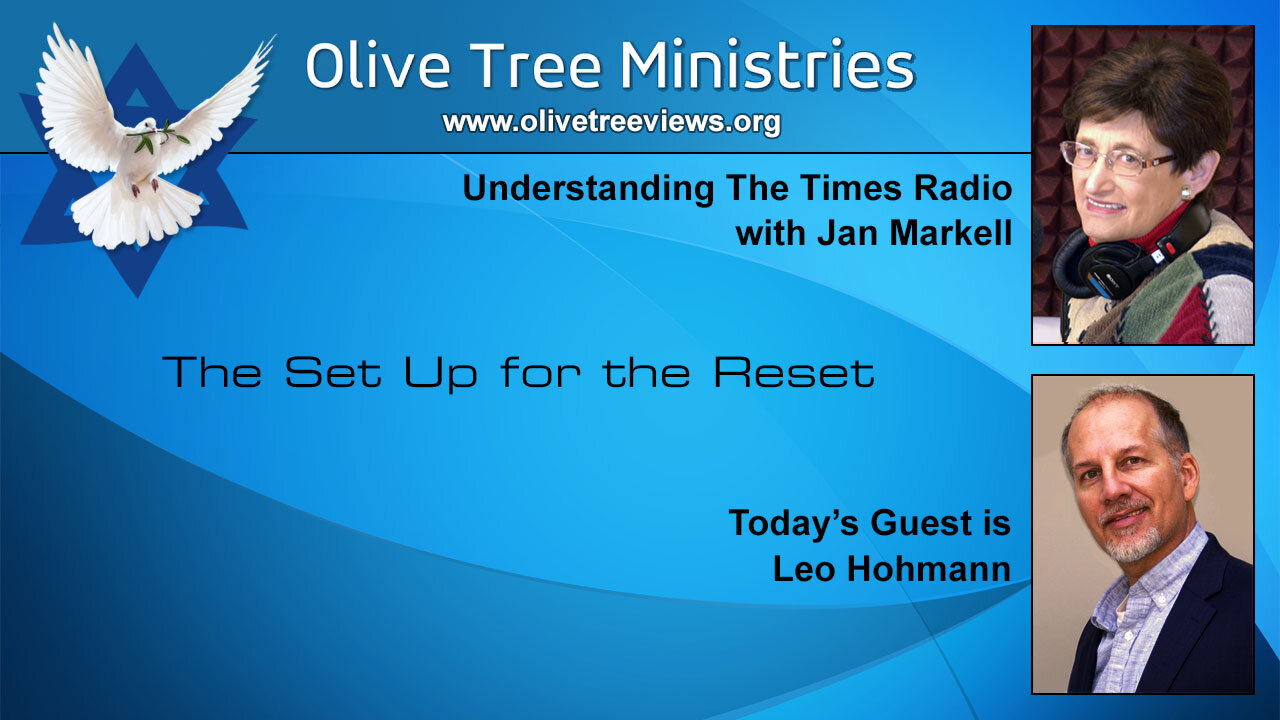 The Set Up for the Reset – Leo Hohmann

Jan Markell spends the hour with Leo Hohmann. One expert says the vaccine mandate and passports spell the end of human liberty in the West. This is part of the agenda of the World Economic Forum and t

“CONCERNING THE TIMES AND SEASONS”

I believe the character of Satan, combined with that of the coming antichrist, explains the times and seasons in which we now live. In other words, should we not expect to see these traits in the world around us in the ramp up to the time when the devil’s kingdom becomes manifest on the earth throug