Signs of the End of the World As We Know It

It's Satan :: By Daymond Duck

The writer of this article was recently asked, "Why do the globalists who are supposed to be very intelligent make decisions that are so clearly wrong?"

Analysis: Jerusalem cannot ignore deadly attack on oil tanker connected to Israeli company but with Western world increasingly reluctant to engage as they seek to return to nuclear deal, Israel could find itself without allies as it faces regional foe that is more belligerent than ever

Former Spook Warns This Is "One Of The Most Dangerous, Unpredictable Times In History"​

Former Spook Warns This Is "One Of The Most Dangerous, Unpredictable Times In History" | ZeroHedge

ZeroHedge - On a long enough timeline, the survival rate for everyone drops to zero

Knowing that ISRAEL is God's prophetic timepiece and with just four months left before the year of the TRIBULATION begins, the pieces just keep falling into place confirming that God uses prophecy to prove He is who He says He is, and to authenticate ALL the warnings and the promises found in the Bible.

Israel has put the world on notice. They will not let Iran get the bomb. They are making operational plans to take out their nuclear program and even openly budgeting for it. Will this be the trigger for accelerating God's prophetic timetable?

Why Many Churches Today Can Never Understand the Times 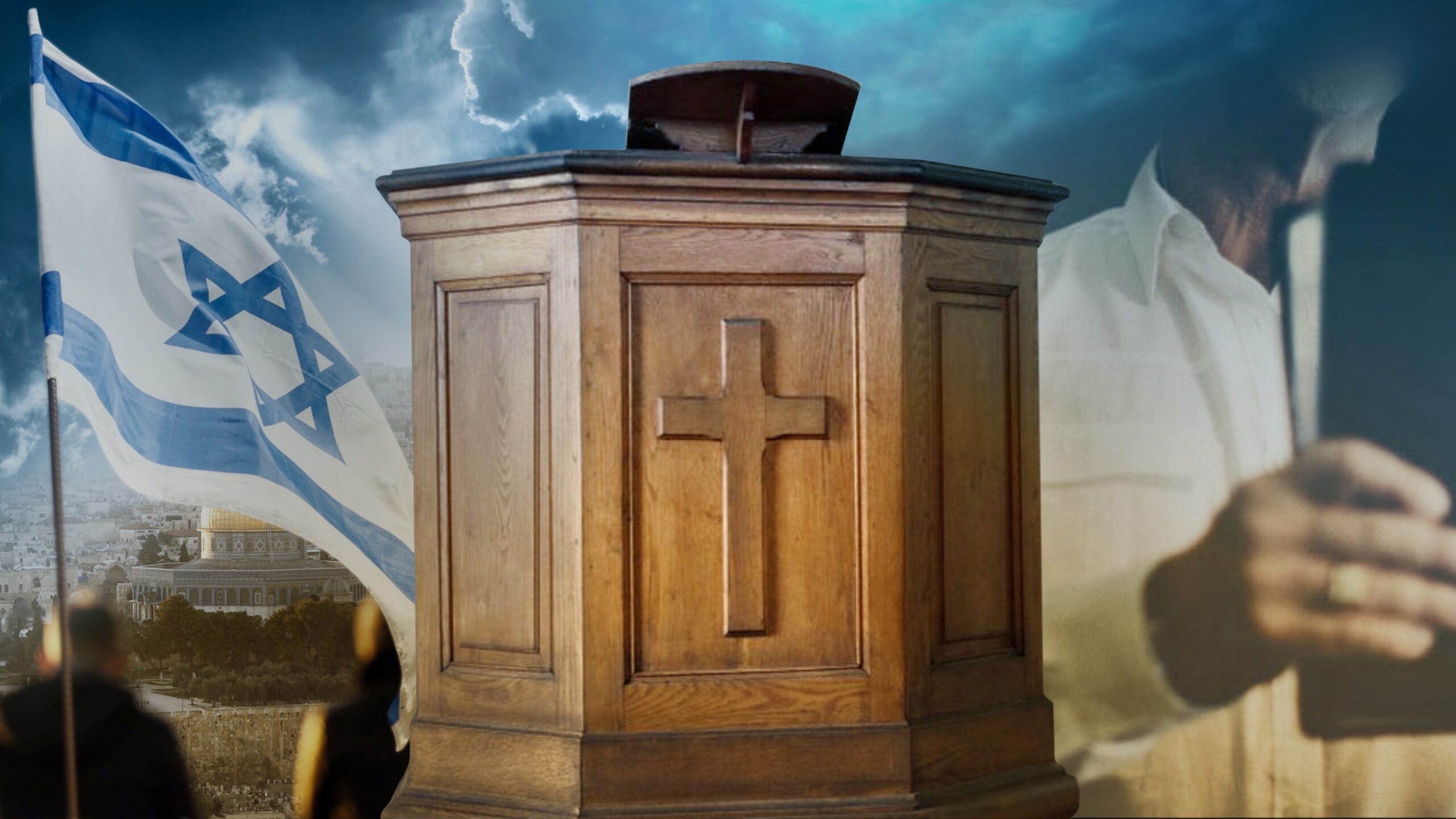 Markell: Why Many Churches Today Can Never Understand the Times - Harbingers Daily

We considered a number of theologies that do not allow their followers to understand the times or become watchmen on the wall.

Growing Worse by the Day​

Growing Worse by the Day :: By Daymond Duck

Things seem to be growing worse by the day, and many students of Bible prophecy believe that is exactly what will happen at the end of the age. It is

For those who think the soon coming 7 years of Tribulation will be anything like the movie LEFT BEHIND, think again.

Convergence: How All Things Are Falling Into Place​

Three Simple Metrics to Gauge Our Times :: By Todd Hampson

Various industries use key metrics to gauge the overall health and trajectory of trends that impact their health and stability. Financial analysts check 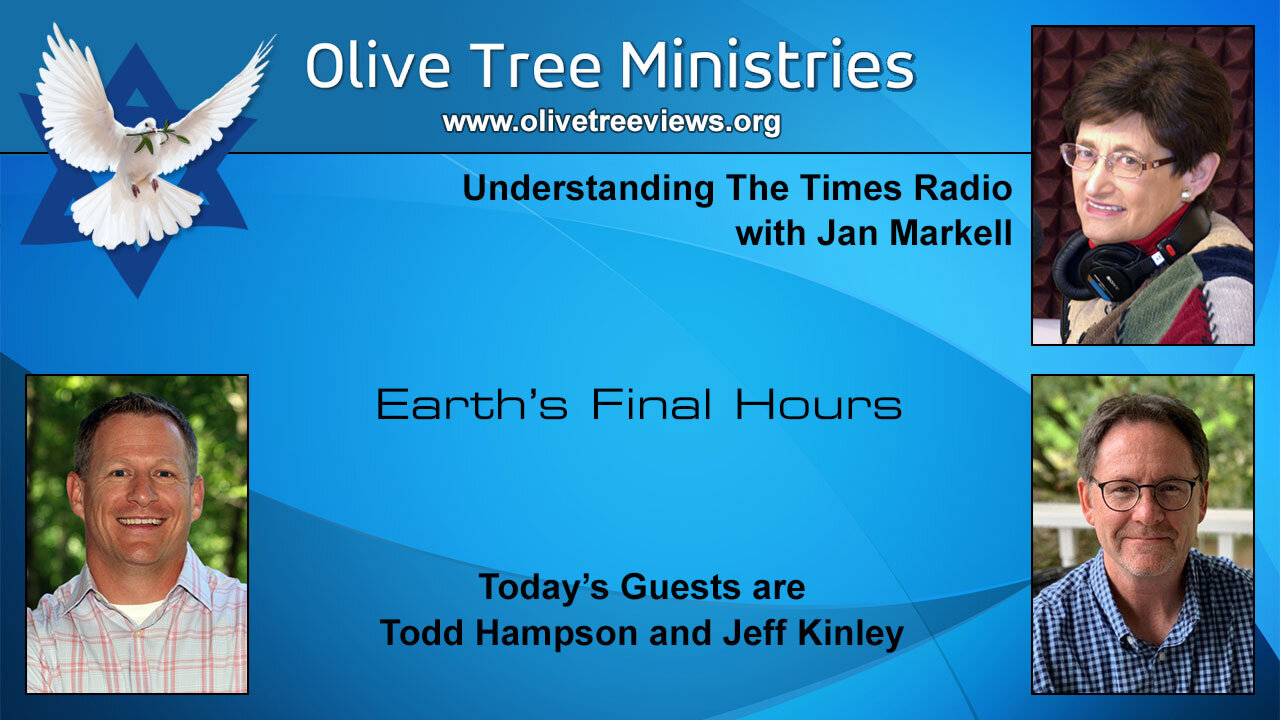 Jan Markell welcomes authors Jeff Kinley and Todd Hampson. Final day events are now escalating so rapidly, watchmen cannot keep up with them. The stage is being set for the Tribulation outlined in the

Personally, I do NOT believe that humanity is all that close to the final battle of Armageddon. Why do I say this? Because:

The antichrist and his brother, the beast, have NOT yet appeared.

The antichrist has NOT yet been successful in defeating his rivals and subordinating the entire world into ‘worshipping the beast’.

The antichrist has NOT yet arisen to world prominence by both proclaiming and actually achieving a short term peace with Israel.

The world economy has NOT yet been solidified into one monolithic system of monetary control, regulated disbursement, and product distribution.

‘Babylon the Great’, which is—far from being only western religion(s) alone—the entire world banking system, extant manufacturing system, and prevailing commercial economy, as well as the unified social structure of the (predominantly) western world has NOT yet fallen into the mindless intellectual trap of what is presently being referred to as ‘one world government’.

The wars and various other subterfuges of the antichrist and the beast have NOT yet started.

Neither has the temple in Jerusalem been rebuilt, nor have any of the new ongoing sacrifices been started.

For the most part, miraculous and unusual ‘signs and wonders’ have NOT yet appeared in the sky; and great turmoil with the sun being darkened, the sea roaring, and men crying out in terrified agony while trying to successfully hide themselves underground have NOT yet occurred.

None of the three military waves of conquest against Israel have yet been launched, nor has either Jerusalem or the rebuilt temple fallen into obscene hands.

The ancient City of Damascus has also NOT yet been destroyed.

Let alone not yet rising to power, neither has the coming antichrist been successfully assassinated, apparently died, and miraculously risen again (not unlike Christ whom he imitates) to power.

Neither has the antichrist been stymied yet in his own last battle with Israel, and been forced to return (probably) to Russia where he is once and for all, himself, successfully murdered.

The surviving Jews of a, then, almost entirely crushed Israel (those who have finally been able to bring themselves to believe in The Lord Jesus Christ as their True Messiah) have NOT yet taken refuge in the wilderness of Jordan where God, Himself, has promised to keep them safe, and,

The ominous third military wave of satanically-inspired world military might has NOT yet been launched against Israel.

Moreover, I am of the opinion that today’s ‘end times’ actually began in 1914, instead of the much later date of 1948. (May 14th, 1948 is a subsequent event date, NOT a beginning.) Mankind still has a ways to go, yet; and for whatever it’s worth, I tend to agree with the end times reasoning of Sir Isaac Newton.

According to long established Jewish custom (based on biblical thinking) the antichrist is NOT going to appear before mankind until some time shortly after 2030. Nor will this vile creature mature in full power and authority until at or about the year 2040. From 2040 on ‘all hell’ is, quite literally, going to overwhelm the earth and all of the earth’s suffering inhabitants who are unfortunate enough to still remain.

Sir Isaac postulated that mankind would pass through Armageddon, and the end times would be completed by 2065. Here I do NOT agree with this brilliant scientist and (obviously) deeply religious man.

Today, there is much more accurate world information available, and the confusions of past history, and recorded time are now more obvious and better understood.

Personally, I would increase Newton's anticipated 'old system of things' time period by as much as 20 years (if not more) to sometime around 2085. (That would be in a time period between 5846 and 5850 on the present Jewish calendar—Which, for the more astute among men, is still a good 50 years short of where it should be! I also anticipate the termination process to be more gradual rather than cataclysmic.

In other words, mankind is now looking at, something like, another 100 years BEFORE the earth will have successfully passed through a majority of these end time events.

Neither should anyone forget that it is going to be an additional 1,000 years after the spiritual and physical cataclysm of Armageddon that men’s lives will finally become stabilized and guaranteed to them.

(Mankind will, at long last, achieve a living reality in which the psychospiritual phenomena of both an attached anamnesis, and that incumbent metempsychosis which always adheres to it will no longer need to be feared by men as a destructive rather than a constructive ethereal life-force.)

So, yes, I will agree that we are most definitely already well into the end times countdown process, but we are not quite there yet! There are still any number of cataclysmic end time events which, in order to fulfill extant biblical prophesies, must occur; and a lot of remaining 'dark ground’ has yet to be to covered.
Last edited: Oct 20, 2021

One of the unique features of Bible Prophecy is that it takes all the disparate parts and pieces of world events, summarizes them, and then forecasts them hundreds to thousands of years beforehand as things that will absolutely come to pass. In fact, as the late-great Chuck Missler used to say, the Bible is the only book that hangs its entire credibility on its ability to write history in advance, without error. What this also means is that people who don’t study Bible prophecy, are completely in the dark about the future, and will only get the different parts and pieces and never understand how all these different things connect together.

Centuries ago, the best prophecy experts in the world were largely in the dark about where the world was headed. Sir Isaac Newton, largely considered one of the smartest men who ever lived, struggled to understand even a fraction of what we take for granted today. Decades ago, the best prophecy experts in the world could only point to the few events of their day and show how the world was generally moving in a particular direction. As time passed, however, these predictions and speculations would begin to focus a little tighter upon certain specifics, but the picture was still often too fuzzy to see clearly. That is not our world today. Today we can pretty much pinpoint how certain things are going to come to pass with a relatively high degree of certainty.

God uses prophecy to prove He is who He says He is, and to authenticate ALL of the warnings and the promises found in the Bible.
Prophecy is being fulfilled before our very eyes. The end of the age is upon us, the question at this late hour is: WHO IS LISTENING AND WHO IS WATCHING?
G

Cyr said:
Personally, I do NOT believe that humanity is all that close to the final battle of Armageddon. Why do I say this? Because:

The antichrist... [has] NOT yet appeared.
Click to expand...

You never watched the movie "The Gods Must Be Crazy" have you? The antichrist was the Land Rover that if it stalled out on you, it took all hell to get it to start back up again.

The next war in ISRAEL will be the war of Psalm 83 to include Isaiah17 (disappearance of Damascus). This war should take place within the next few months soon followed by the war of Gog-Magog (Ezekiel 38-39). The battle of Armageddon will not take place until the end of the 7 year Tribulation Period beginning in early 2022. The good news is that ALL of these things will tale place after the Blessed Hope. MARANATHA!

Thank God there won't be another generation​ 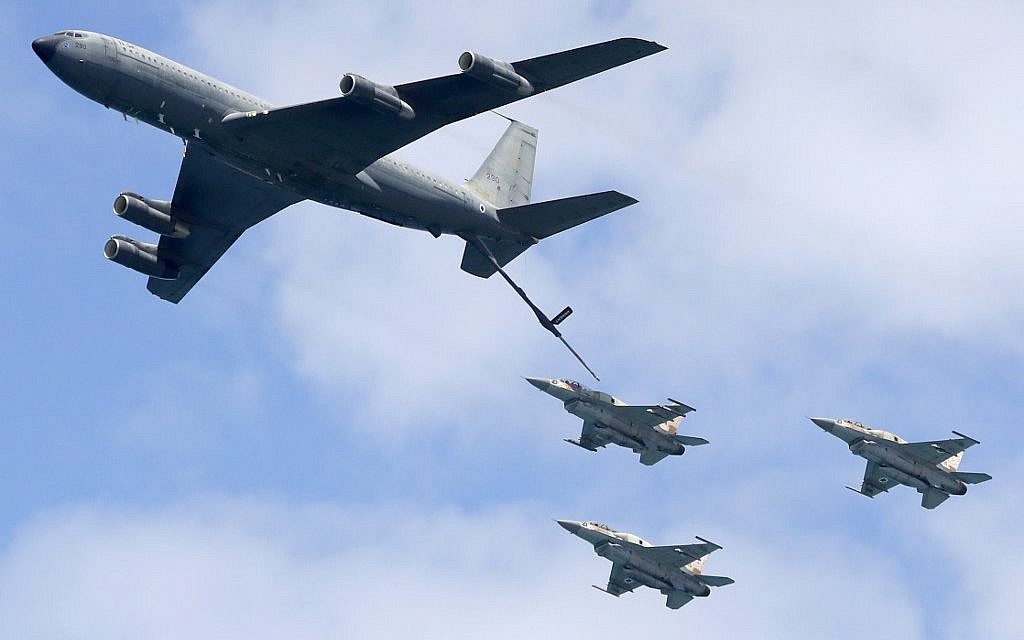 The Other Shoe — Jonathan Brentner

In many ways, waiting for the other shoe to drop describes the times in which we live, does it not? Believers who are aware that we live in the last days recognize the many indicators of Jesus’ soon intervention in the world, which will begin with the Rapture followed soon by the Tribulation. For u

The grocery store shelves across America, like Old Mother Hubbard’s shelves, are growing increasingly bare. The ships are being kept from entering the harbors to be unloaded on the docks. The semi …