Firing On Fellow Citizens: “He never imagined he would ever hurt anyone, yet he did”

Firing On Fellow Citizens: “He never imagined he would ever hurt anyone, yet he did” 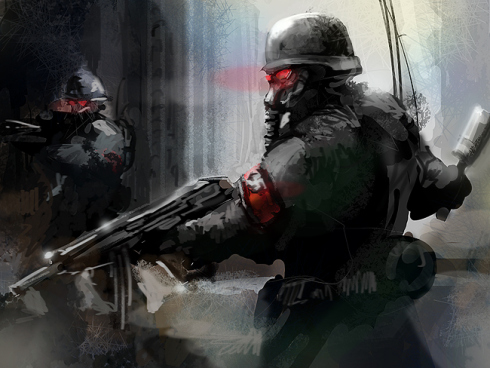 ​
In a recent article entitled Son, Will You Fire On American Citizens, author Herschel Smith relays his thoughts on morality and commitment to liberty. He calls upon our leaders, specifically President Obama, to ask himself some hard questions about how far he would go to maintain “order” should the United States every come to a point where life as we know it today breaks down.
It’s an article worth reading, as are the community comments, where readers from around the country weigh in on the question of domestic military deployment and the reality that one day our service members may be called upon by their superiors to fire on American citizens who have been deemed criminals or terrorists by our government.
One reader named Joe shared a story of his grandfather, a former police officer and soldier in Hitler’s Germany, who initially believed he was doing the right thing, until one night when his own actions led him to realize the extent of his Fuhrer’s lies:
In the 70′s I asked my grandfather about 3 bullet scars he had on his chest. He told me they were from the war and wouldnt say more. I knew he was from Germany but little else. He never talked much about his past. Some years later I joined the Marines. He was horrified but wouldn’t say more.
In the 90’s he opened up and told me he was a police officer along with most of his family before the war then was put into a reserve army unit during the war. He had dealt with all sorts of criminals but had never drawn his gun. One day his brother came to talk to him and told him about horrible things the army was doing to other Germans. He didn’t believe him and one day his brother and mother left. He didn’t see him for a year.
Then there was a school bombing. His police unit was sent to get people who were believed responsible for the bombing. They raided many places and killed many criminals. They were told that they had lots more explosives and were planning to bomb more schools. One night they raided a warehouse and killed everyone inside. There were at least 50 people there and there was a huge fire fight. Then they went home to sleep.
A few days later he went to visit his best friend who was also his supervisor and saw some photos on the desk. He recognized it as the building that he raided the night before. He also recognized some of the faces n the photos belonging to the mentally disabled kids his mother took care of. Then he saw his mother and brothers faces in the photos. All dead.
He confronted his friend who told him that these were bad people and they deserved to die. My grandfather pointed out that his mother and brother weren’t criminals. His friend said nothing.
The next day my grandfather decided to leave germany but was caught by other police and sent back to his unit. His best friend then shot him in the chest 3 times and had him thrown in the landfill. He woke up a few hours later and stumbled into the forest where he was found by some other people trying to escape and they treated him and got him on a boat to sweden.
He never imagined he would ever hurt anyone, yet he did. So don’t believe for a second that soldiers or police wont kill you in a heart beat. They do what they are told.
Source: Captain’s Journal
​
Be aware, fellow Americans, of the lies being spewed by those in power.
They have an agenda, and it likely does not involve your best interests.
Image courtesy of Eco Flex
Delivered by Link Removed
Contributed by Frank Drover of Link Removed.
Frank Drover is a co-editor and contributor for Link Removed, an alternative media hub for leading headlines, head lies, opinion, and commentary. Wake the flock up!
This content may be freely reproduced in full or in part in digital form with full attribution to the author and a link toLink Removed.
Link Removed
You must log in or register to reply here.
Share:
Facebook Twitter Reddit Pinterest Tumblr WhatsApp Email Share Link