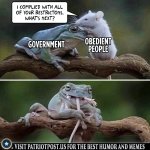 Is Biden Going To Shut Down The Economy Again?

Joe Biden has crossed a red-line. In this episode, I discuss the disturbing move he made yesterday, which has the potential to do generational damage to the United States.

Typical with the Democratic Party.

A Must-See Rant By Mark Levin

Mark Levin erupts, in his most epic rant yet. In this episode, we discuss the video and we address the fake “science” being used to frighten you.

Geraldo Has No Idea What He’s Talking About

Geraldo is a cesspool of misinformation. In this episode, I address our explosive debate last night where Geraldo got caught pumping misinformation. I also address the latest troubling attack on your digital privacy.

About The Donald Trump Interview

In this episode, I discuss the controversial edit in the Donald Trump interview on my Fox show. I also address the outrageous weekend interviews by “public health” officials promoting coronavirus hysteria.

Fox News personality and conservative podcaster Dan Bongino made clear that he’s ready for House Republicans to give their Democratic counterparts a taste of their own medicine.

According to the Washington Examiner, Bongino told his listeners last week that he wants Republican lawmakers to play “hardball” and draft articles of impeachment against President Joe Biden, sooner than later, citing the president’s massive failure in handling the immigration crisis at the southern U.S. border.

The conservative firebrand explained that if Democrats were able to pull off two sham impeachments, which ultimately didn’t work, Republicans now have legitimate reasons to make the same move.

The host admitted that the chances of impeachment against Biden going anywhere is slim, but added that it’s still important to lay the groundwork and for Republicans to begin filling the news headlines with such an action, which would still be politically potent.

“Put forth the impeachment resolution now. Doesn’t matter. Make them vote on it. Get it on the floor. Get it in the news cycle right now. This guy has got to go. He is the worst president in U.S. history,” Bongino said.

While Bongino focused on Biden’s failures at the southern border, he called Biden’s surprise extension to the federal moratorium on evictions “icing on the cake,” referencing the fact that Biden later came out and admitted that such an action was not constitutionally sound, as the Examiner noted.

While conservatives generally do not play dirty like their political counterparts, perhaps Bongino is on to something and perhaps it’s time for GOP lawmakers to roll up their sleeves and give Democrats a strong taste of their own medicine.

I completely agree with Dan Bongino. Biden is destroying our country. The border crisis will cause more deaths from covid than ever before. Yet we are supposed to be tested while they are not. Tired of that double standard.

Biden’s presidency is already a failure. If you ask yourself what he has accomplished so far, nothing is pretty close to reality.

This isn’t “science” this is tyranny. In this episode, I discuss the mounting evidence that the government’s COVID mandates are all about power. I also address the outrageous attack on Rand Paul by big tech.

Joe Biden crossed the red line. He must be impeached. In this episode, I discuss his latest violation of the Constitution.

Disturbing Pics From The Border Surface

Troubling images from the border emerge. Also, are they lying to us about the delta variant and children? In this episode, I discuss the compelling data which may destroy the Democrats’ new narrative.

opsspec1991 said:
Biden’s presidency is already a failure. If you ask yourself what he has accomplished so far, nothing is pretty close to reality.
Click to expand...

Again it's amazing how you just don't get it. 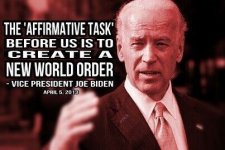 My Apologies, But This Has To Be Said

We cannot turn into a circular firing squad. In this episode, I discuss something that happened to me yesterday that reflects on where we are. I also address the misinformation campaign against Florida and Texas.

Biden must resign now because of this Afghanistan debacle. In this episode, I discuss the ongoing disaster in Kabul and I show troubling video of the chaos.

Deeply Troubling Information From A Source In Afghanistan

I heard some troubling information from a source yesterday about the deteriorating situation in Afghanistan. In this episode, I address the unfolding disaster.

Revenge IS a Strategy

Another troubling video emerges out of Afghanistan. In this episode, I address the video and I discuss Donald Trump’s powerful interview last night where he nails it.

The worst video yet of Joe Biden emerges. In this episode, I address the disturbing interview. I also address a video from the past of a KGB defector who predicted where we are now.

Biden Does The Unthinkable

A shocking new memo leaks proving that the Biden administration knew Afghanistan would collapse. I also show a video of the California Governor getting destroyed in an interview.

The Intell On The Ground In Afghanistan Is Getting Worse

I have a source on Afghanistan that tells me things are rapidly decaying on the ground. In this episode, I address the intell. I also discuss the mask “science” being challenged by liberal reporters.

The Afghanistan Cover Up Begins

This is BS! Get ready for the cover-up in Afghanistan to begin. I also address the explosive new data from Israel about the coronavirus surge.